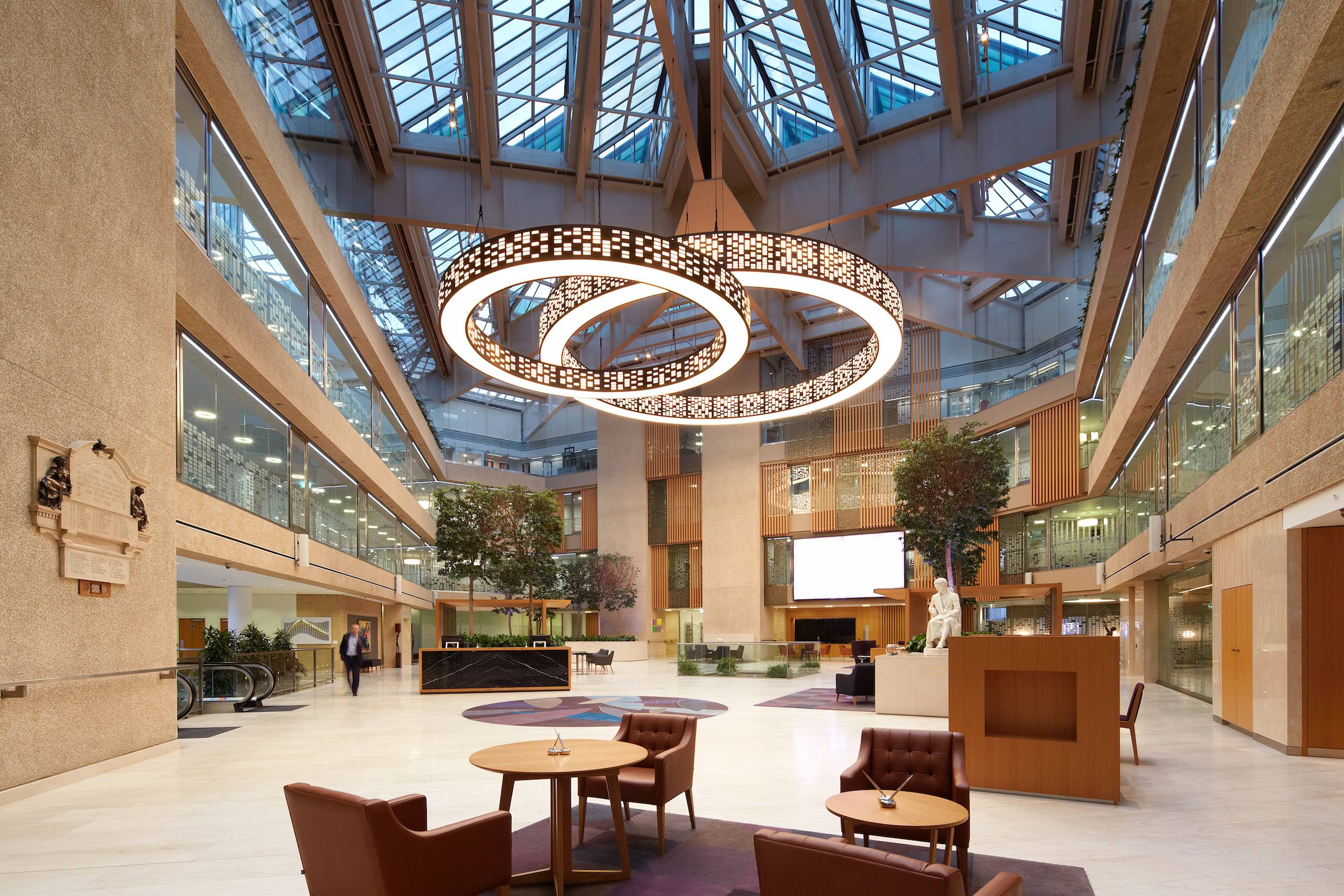 Sheppard Robson ID:SR approached Spectral Lighting with a challenging vision. To create two huge rings to light the internal garden court area of a very famous private bank in central London. The initial question posed was, would it be possible to produce a hanging luminaire with sufficient light output to light the area below to a comfortable level. And, given the proposal for one of the rings was to be 12 metres diameter, was it even possible to engineer?

The architects were surprised and delighted when at Spectral we said that we had the expertise to deliver such a dream.

The initial goal was to ensure the rings gave sufficient comfortable light to the space using LED’s. The client brief was to significantly reduce energy consumption; the existing ageing high level lanterns were 750 watts each and were proving difficult to maintain.  Working with engineers Troup, Bywaters + Anders a lighting specification was established; in total 15,000 LEDs would be used between the two rings producing 390,000 lumens from only 2,750W. An average of 250 Lux would be supplemented with additional spot lights for when the client used the space for functions.

Aesthetic statement was part of Sheppard Robson’s primary aim. The manifestation on the side walls of the luminaires would be a bespoke design and would be used as a graphic motif throughout the space, on the glazing, bronze finish wall panels and on the lighting rings.. The design for the side panels was developed by the architect over many months with much consideration to the finish; samples of different gloss ratings and tones were supplied.

Another early and important consideration was how to deliver and construct such a large ring in the heart of one of the busiest areas in London in a highly secure building. Access to the courtyard was only possible via a (very slow!) 3 x 4m service lift.  The Spectral design team engineered individual circa 1.5m long sections which would be bolted together to form the entire ring. this resulted in 30 individual sections needing to be bolted together for the 12m pendant.

The irregular herringbone pattern of the existing beams from which the rings were to be suspended meant that the suspension points were not in the ideal positions.  Structural engineers were appointed to do simulations of the loadings from where the wires could drop down to the rings. As a result the pendant’s chassis needed to be exceptionally robust.  Spectral developed a lightweight but very strong double aluminium ‘spaceframe’ style framework akin to that of an aircraft fuselage. The side panels would be mounted after the main structure was bolted together to protect them from damage and to reduce the weight for the installers.
Overbury specified an 11 metre high scaffolding platform to sit each of the sections on and the installers would then bolt them together and connect the wire cables before removing the scaffolding and the ring would be under its own weight.

With So many unknowns, the client design team were asked to produce a full size mockup of a section of the ring.  Spectral manufactured a mock up and suspended it in the factory for the whole team to analyse; light distribution , assembly, weight characteristics, finishes and construction methods were all assessed in the Jungingen factory in Germany. 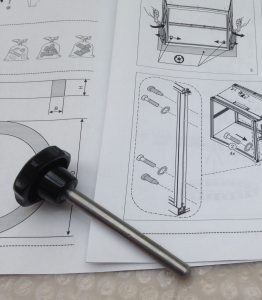 Spectral’s technical engineering team constructed the entire 12m ring at our factory to ensure correct alignment of the 30 sections.  It was at this stage that it was decided to produce bespoke alignment tools to help the installers on site; bearing in mind the installers would be on an 11 metre high platform, the subsequent ease of aligning two sections was deemed essential. In addition,  the PCBs and gear for the LEDs were all pre-installed on simple to fit and removable trays with pre-wired plug and socket connections. Safety cables were specified for all trays to prevent them falling 11 metres to the ground.

In order to suspend the enormous weight of the pendant (calculated to be in excess of two tonnes), 12mm thick suspension wires were used. Spectral consulted with respected rigging company, ERS, to ensure the highest specification was used. Each was connected to a special ‘shock bolt’ eyelet which contained a pink dye which would explode from the connec 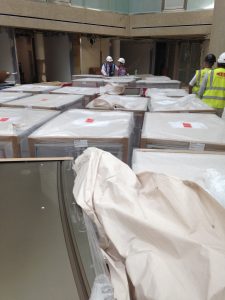 tor if too much load was put on any one section.

The painstaking process of bringing all the components into the building via the service lift took two days.  From there each pallet was winched onto the scaffolding tower.  Each frame section was aligned and bolted together by the contractors, following a detailed installation manual and overseen by the same Spectral engineers who had assembled it in the factory.

Finally, the first of the rings was lit and the decommissioning of the scaffolding could begin. It is fair to say that there was some anxiousness when finally the rings were suspended under their own weight for the first time.  Once the scaffolding had been removed, it became clear that something remarkable had been achieved. 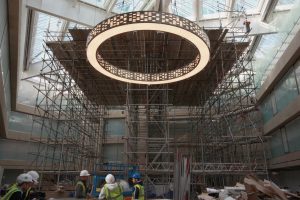 Not only was the light emitted from the rings a warm comforting diffuse light, but the scale of them was breathtaking. Their orientation at two heights meant when walking around the space they took on an almost animated look.

contractors. Which made us think maybe it was true! After a brief search it appeared the 12 metre ring was eligible for the largest light fitting in the world so we submitted it to the Guinness Book of Records for a record attempt.

After measurement on site, Certification was given by The Guinness Book of records for the largest hanging lamp, light measuring 12.1 metres as measured on the 22 March 2017.