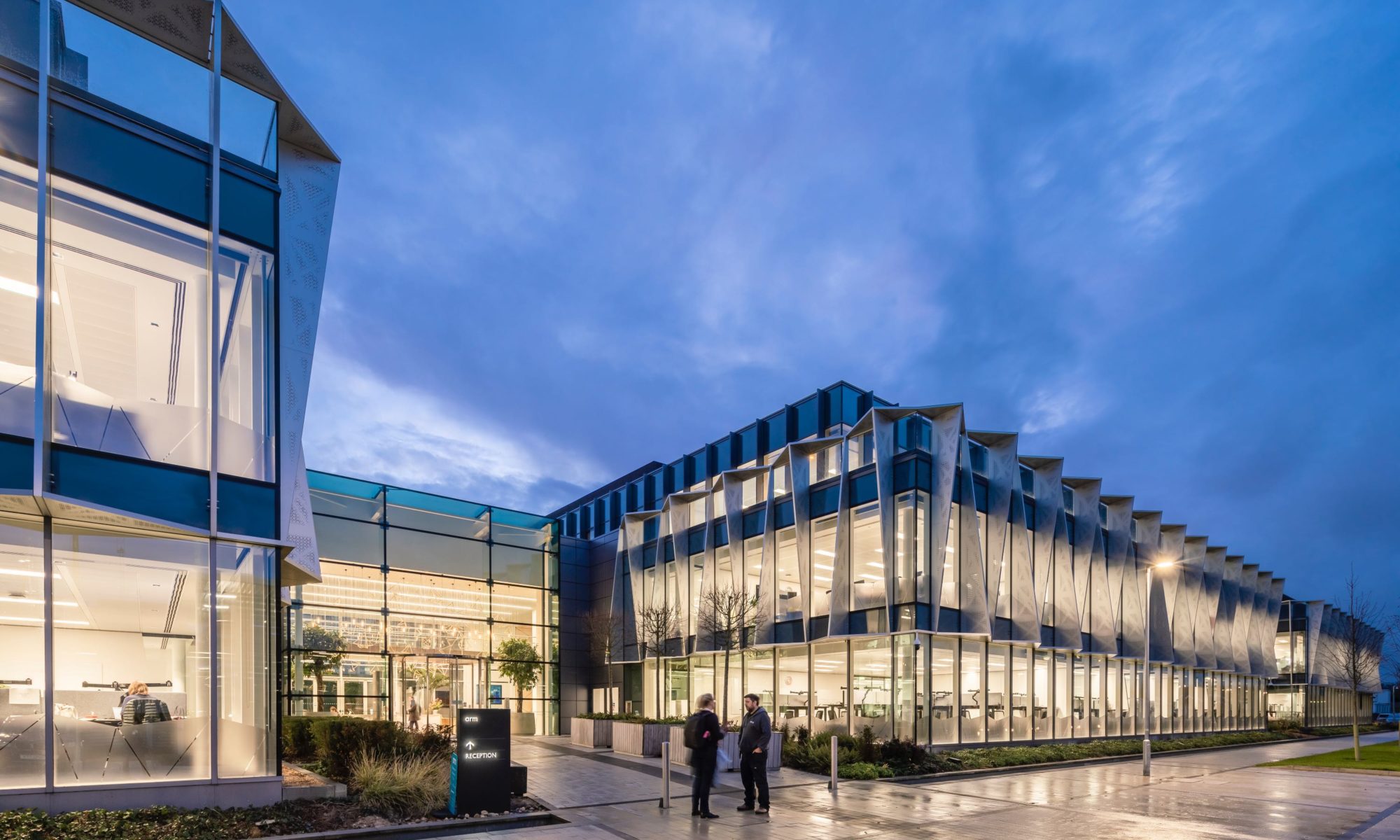 Arm Holdings’ new headquarters building located on Peterhouse Technology Park, Cambridge is one of the most technologically advanced and extensive implementations of smart lighting in the world. It represents a milestone in smart building design.

Blade was used to create diamond shaped meeting rooms on two floors in buildings ‘A, B, C and D’. They were also used in a continuous configuration at all the tea-points throughout the impressively sized building. The smart building concept came from Hilson Moran and the building was constructed by Kier. BW Interiors did the fitout with Bancroft delivering the electrical and smart lighting infrastructure. Spectral worked with Prolojik to integrate Power over Ethernet drivers into our patented Blade system. The result is one of the worlds largest Power over Ethernet lighting installations. Around 6000 light sources in total operate over PoE within the building. Integration with sensors, switches and scene panels, enables optimised occupation, illuminance and scene control with equivalent performance to any sophisticated DALI system. All lighting is wired back to the IDF rooms.