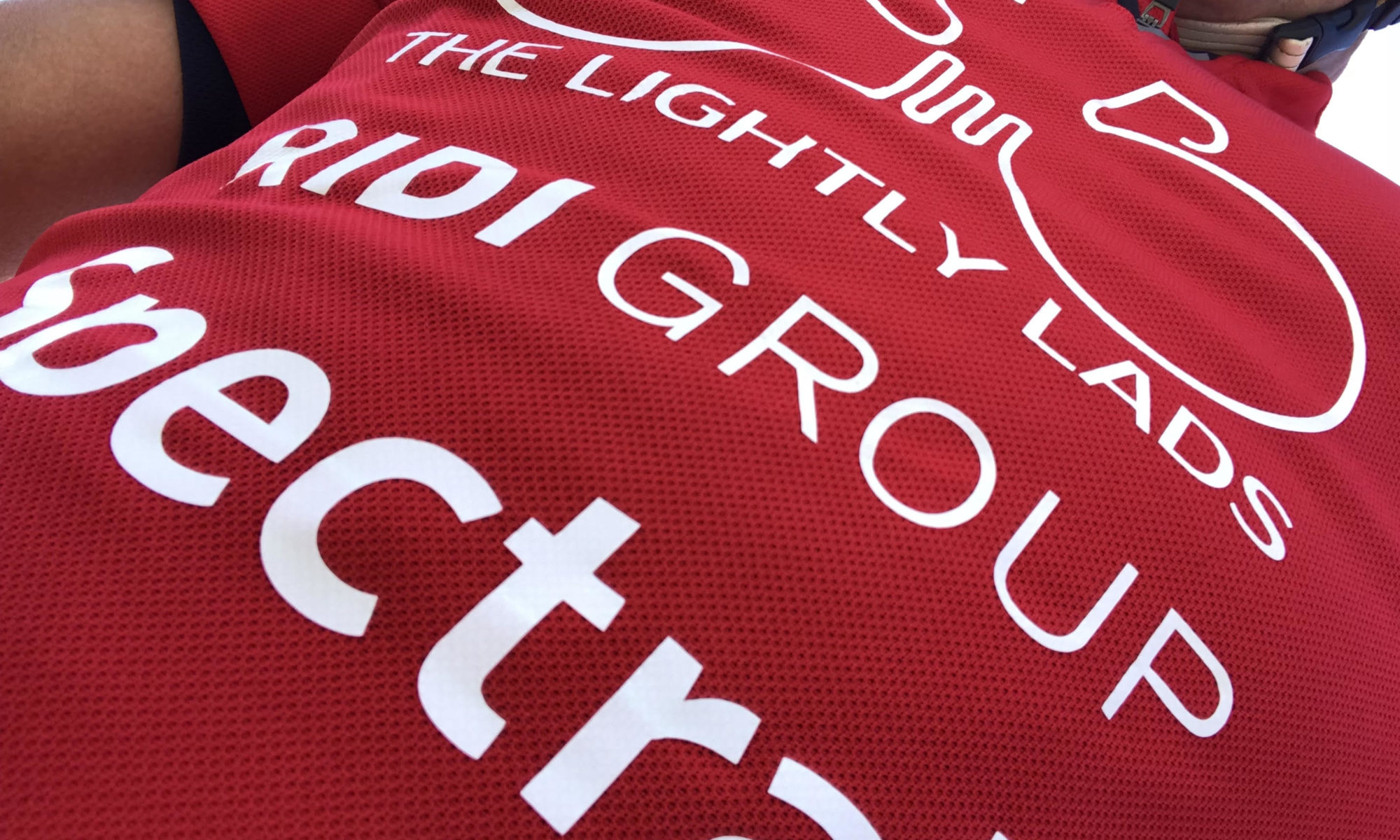 ‘Head of Spectral UK, Jon Estell , donned the Ridi group cycling jersey yesterday for a charity bike ride that started at The Emirates, home of Arsenal FC. It was in aid the charity Ridi group have supported called Charlie’s Gift. Simon Fisher of F Mark joined Jon, Charlie’s father and 18 other riders to ride to Harwich via Lea Valley, Epping Forest and through some great ‘Constable country’ roads, round Colchester to a very wet Harwich!

The 20 riders are aiming to reach £10’000 target for the charity which funds disadvantaged children in the Hertfordshire and Bedfordshire area. The riders got the ferry to the hook Of Holland and will ride between football stadiums in Belgium, Holland and Germany, totalling 340 miles; Charlie was an avid football fan and dedicated Arsenal fan.

On 19th to 22nd June ‘Charlie’s Heroes’ will be cycling 340 miles from London to Dortmund in Germany, covering 4 countries in just 4 days to raise funds for registered children’ s charity ‘Charlie’s Gift’. The ride will begin at the Arsenal Emirates Stadium in London and take in the football stadiums of Antwerp in Belgium, PSV Eindhoven and Feyenoord in Holland, and Borussia Dortmund in Germany.

Charlie’s Heroes are a group of 20 friends formed following the loss of 8 year old Charlie Fidler in 2010, who take on cycling challenges to raise money for his namesake charity, Charlie’s Gift. Charlie was a huge Arsenal F.C. fan and his love of football has been our inspiration for ‘Tour de Charlie 2019’, the football stadium tour.

Charlie’s Gift is a charity close to our hearts, supporting disadvantaged children living in Herts, Beds and Bucks. The charity provides grants of money to children who face heartbreaking challenges on a daily basis because of disability, illness, bereavement or financial hardship. These grants of money are often life changing for the children who receive them and have such a positive and lasting impact on their young lives. They are used to purchase much-needed mobility, therapy, play and medical equipment, as well as funding day trips, breaks-away and counseling.