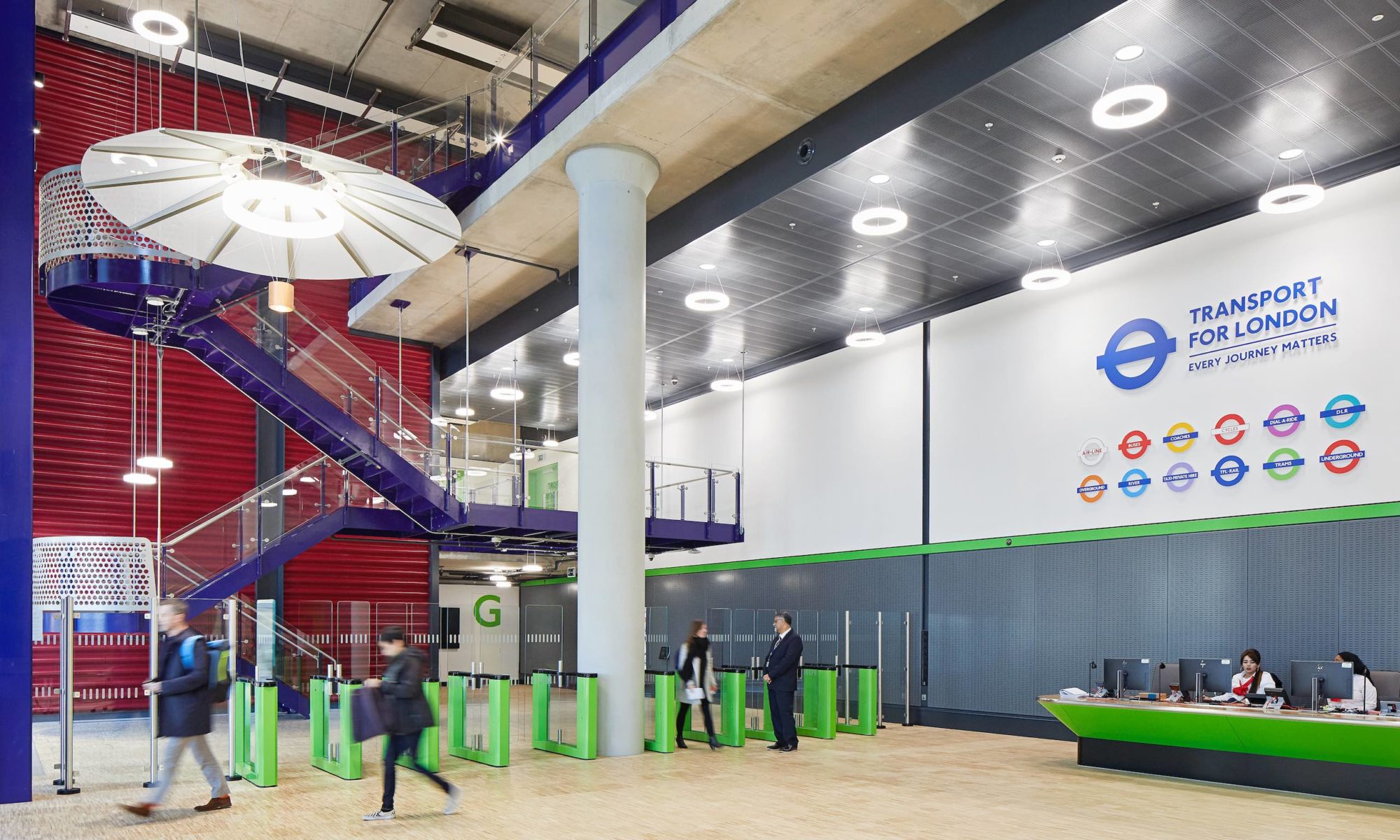 Transport for London has moved into a new accommodation hub at The International Quarter London in Stratford.

The success of the 2012 Games provided a catalyst for regeneration in this part of east London.
Overlooking the Queen Elizabeth Olympic Park with its iconic sporting venues and the enormous Westfield retail complex, the International Quarter London was a joint venture between Lend Lease and London Continental Railways to create a thriving business quarter at the heart of London’s newest metropolitan area, Stratford City.

The 11-storey Building S6 is a landmark building designed by Rogers Stirk Harbour + Partners. Spectral worked with the renowned architects to develop a lighting product design language to the expansive entrance lobby, open staircases and adjacent lobbies. RSHP championed the transparent circular rings featured in the IRIS range and scaled up the diameters to suit the scale of the spaces; in the end this consisted of 380mm, 600mm and 950mm.

The larger version was used at the heart of the key visual feature of the atrium lobby designed in collaboration with RSHP, a 3000mm diameter canopy which required a high light output both directly and indirectly.

Affectionally nick named the ‘fanlight’ due to its obvious visual comparisons, the pendants combined a dropped central pendant in the centre to increase light levels at the floor. The ‘petals’ were carefully designed to incorporate a dot matrix, dense enough to prevent glare from those looking over the balconies but also to give a ‘visual texture’ to the luminaire.

RSHP Project lead, Simon Tonks , visited the factory to hone design ideas and meet the technical team involved in engineering such a unique product. The team were impressed with the passion and the level of detailing Simon went into.

“the team at Spectral were challenged with engineering a 2.5 metre diameter skeletal pendant that provided meaningful downlight as well as uplighting to the soffits without undue glare. With sensitivity to the budget the end result is exceptionally close to our original sketches and one that provides both and excellent feature but a high quality of light in the entrance lobby area.” 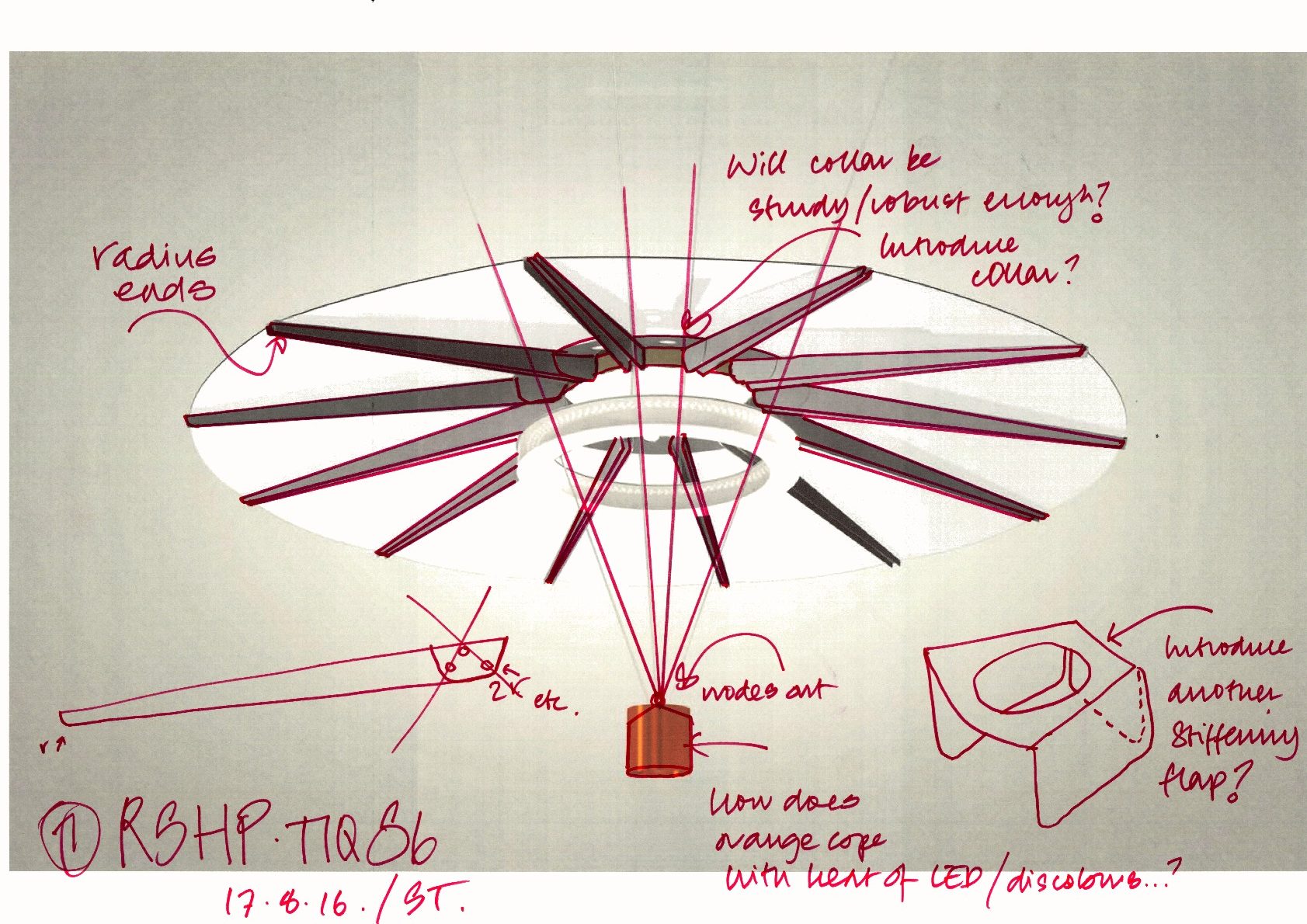 Some of the 600mm diameter versions were neatly integrated into the metal ‘mesh’ ceiling panels. The open stairs (designed to promote movement between spaces) had long pendant versions and appear to hover over the landings. As a whole they form a strong visual graphic to the space which is seen on your approach to the building.

Full size mock up produced and production fitting assembled at the factory in Germany prior to delivering to London. 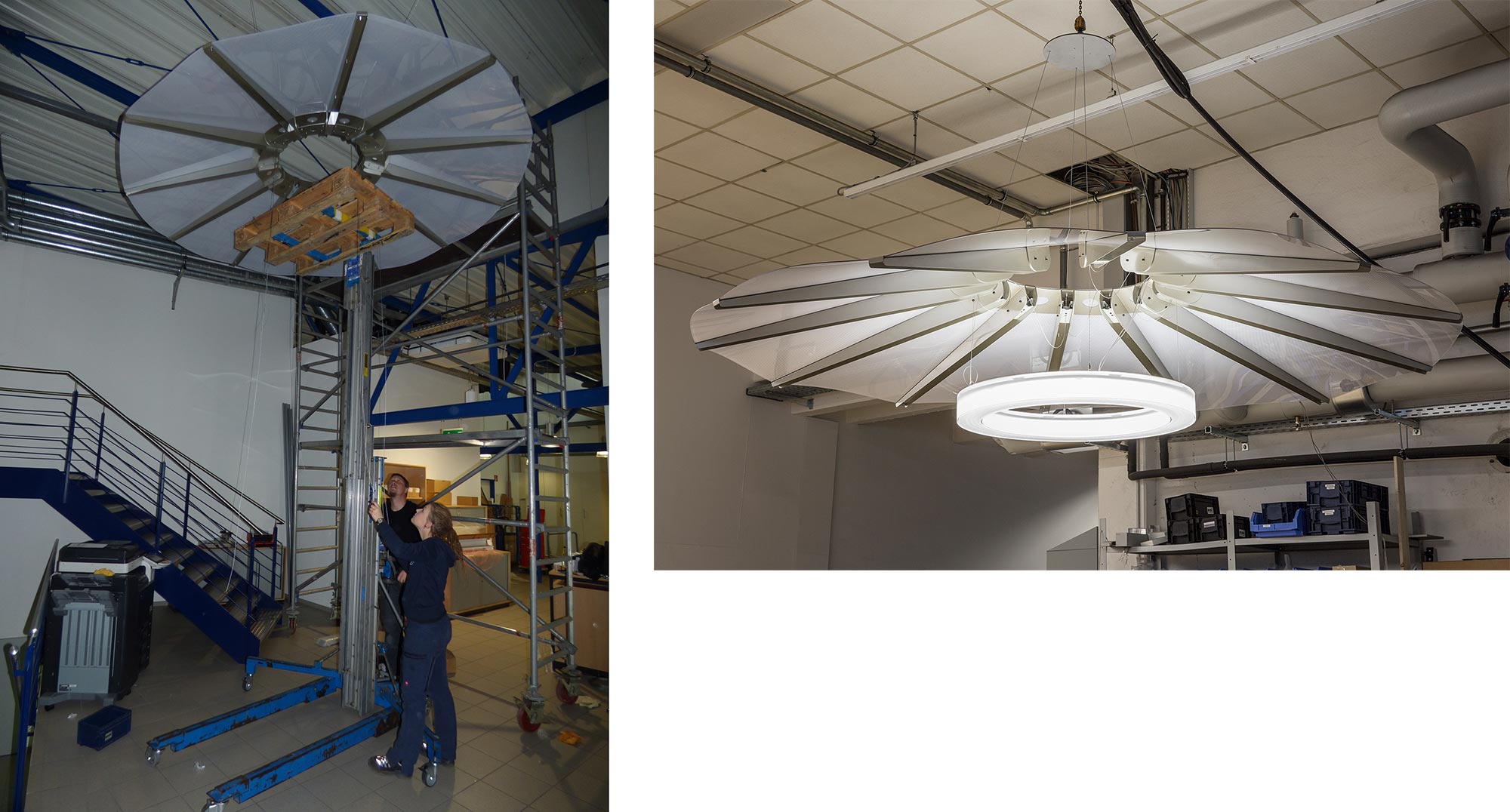 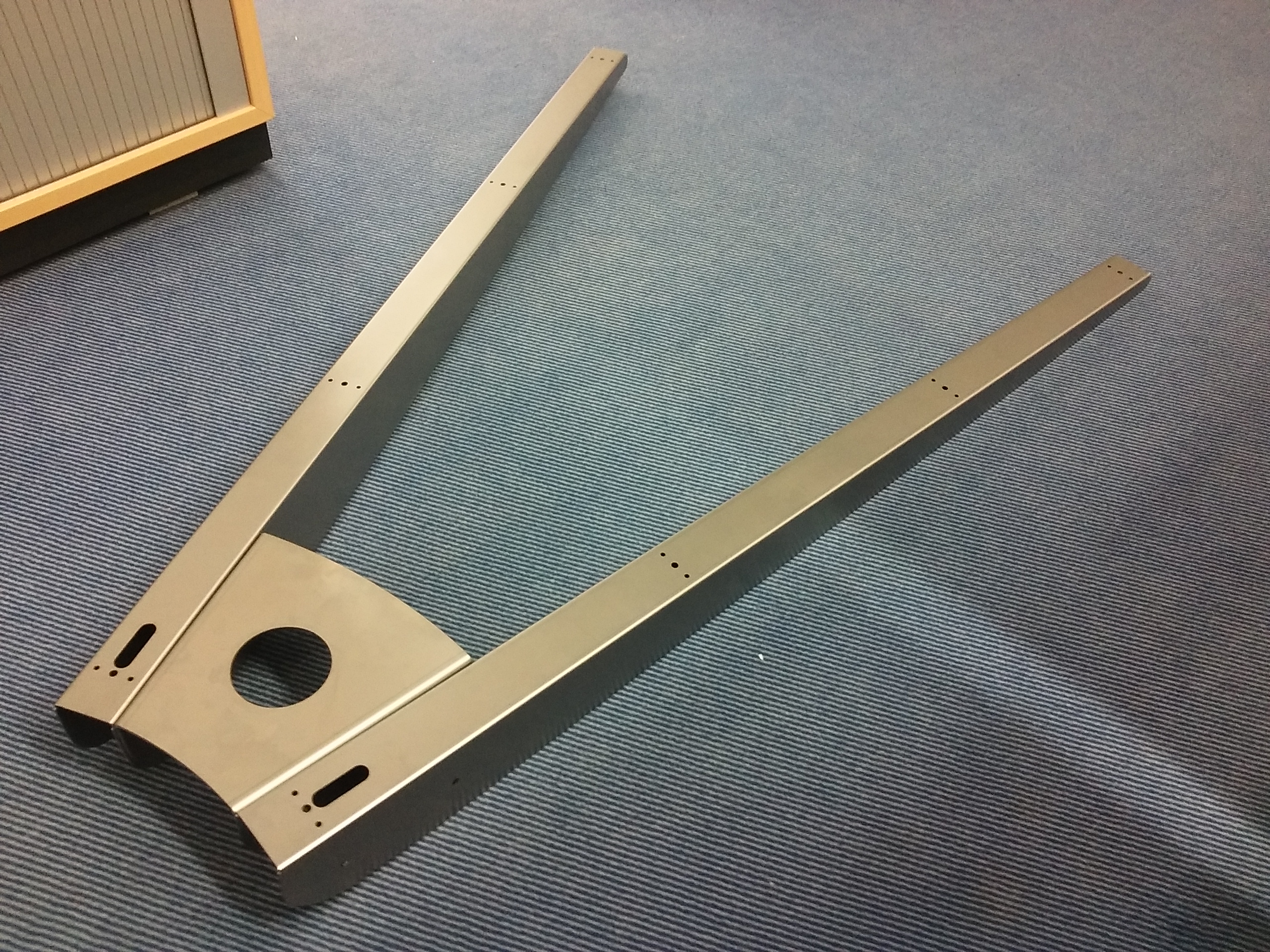 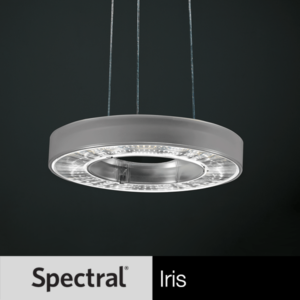