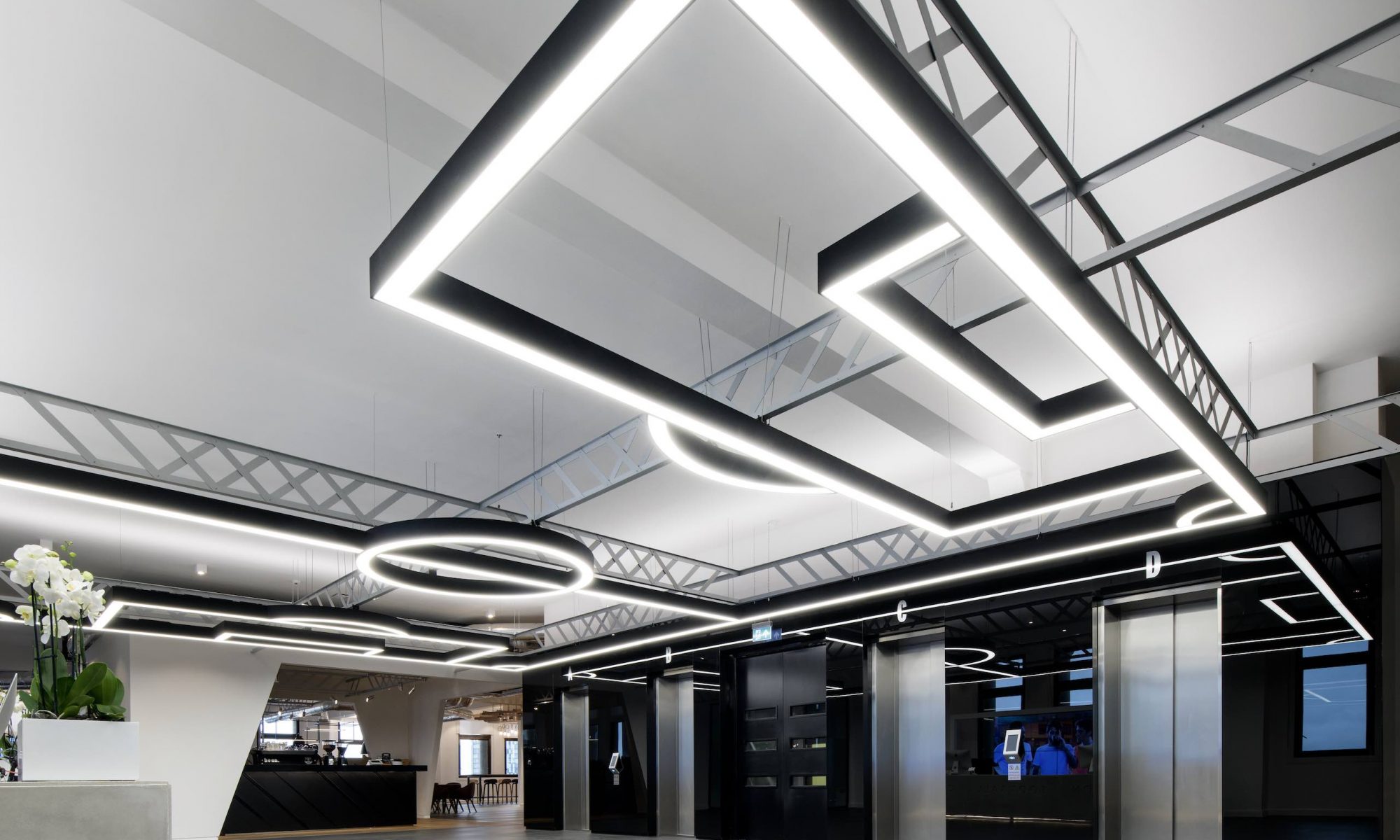 Everton Football Club has relocated its headquarters from Goodison Park into new state-of-the- art facilities at the Royal Liver Building.

The Club’s new offices offer panoramic views across the River Mersey, along the famous waterfront and into the heart of Liverpool city centre. They have been designed to create an environment that is conducive to staff wellbeing while also creating a platform for collaboration and growth.

Marzia Panizzutti of 2M2 Studio :“When we designed a concept of a bold central light feature at Everton FC’s corporate offices, the challenge was to produce a feature that would be powerful enough to illuminate the entire space. “

A novel inverted football pitch feature light was imagined but the structure had to be sturdy enough to suspend from limited suspension points. It also required a powerful LED system as the reception area contained no additional lighting. Clearly what was required was more than just a decorative light system.

Architects 2M2 Studio worked with Spectral Lighting to design and produce this one-off light sculpture. Spectral used their established H-Profil range which could be formed and tailored to fit any application.” 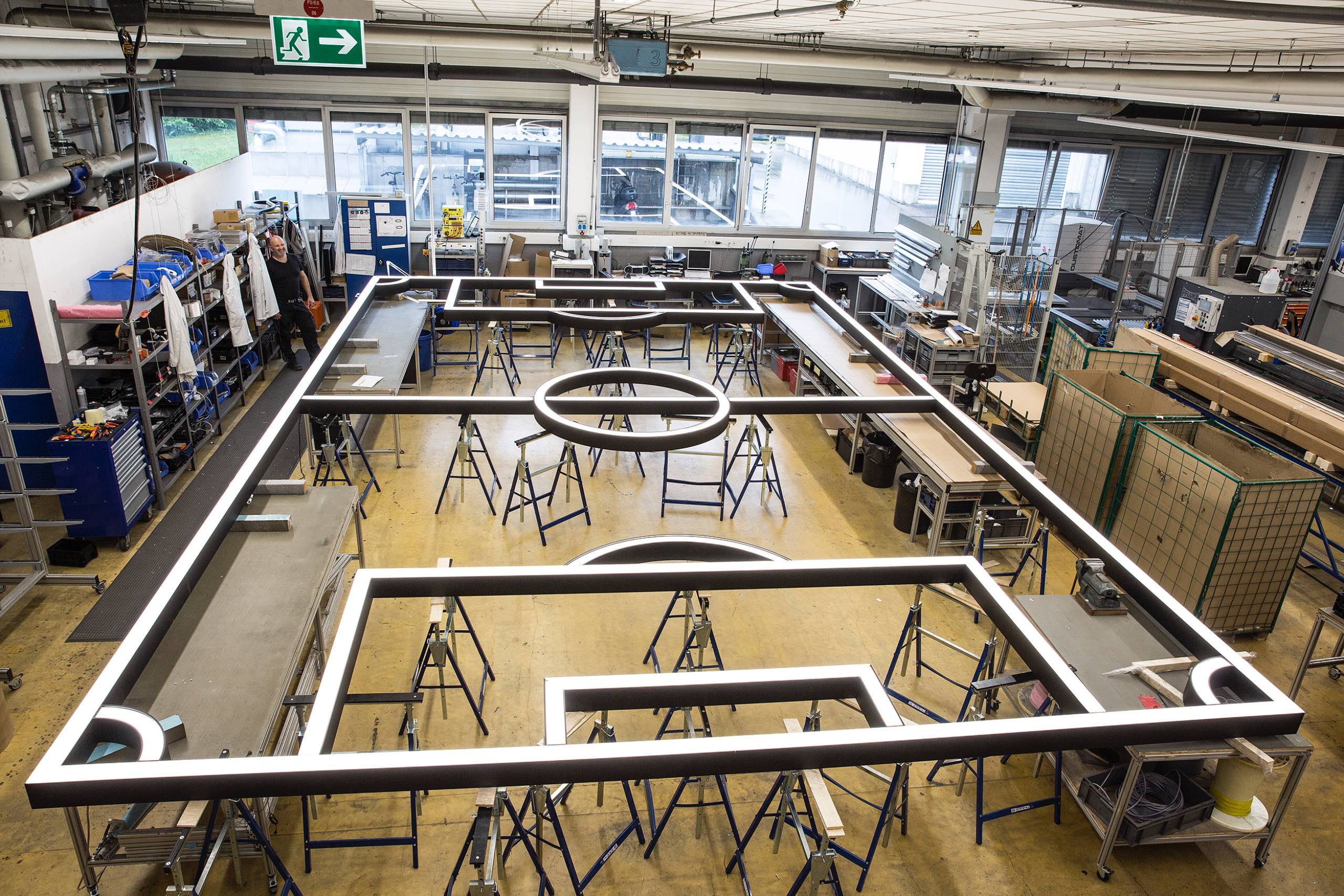 To ensure a smooth installation the whole structure was constructed at the factory prior to being delivered.